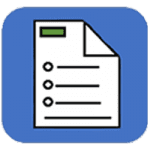 In the future, areas where sagebrush will expand, the leading edge, are predicted to be on the northern edge of its current range—predominately northeast Montana. Conversely, areas where the current sagebrush distribution is predicted to contract, the trailing edge, reside at the southern edge of the current distribution, including the Great Basin. Both of these projected shifts are most likely in response to predicted increased minimum temperature and changes in precipitation amount and seasonality. Climate and hydrological factors have the potential to strongly affect sagebrush regeneration because sagebrush does not reproduce asexually and depends solely on germination rates and seedling survival. By exploring these relationships using an ecohydrologic simulation model, we found that sagebrush germination is not expected to be limiting at either the leading or trailing edge. However, seedling survival was expected to decrease at the trailing edge while increasing at the leading edge.