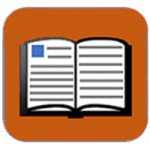 This study evaluated the potential for climate change and drought to reduce or eliminate isolated aspen communities in southwestern Idaho. We used a landscape simulation model integrated with inputs from an empirically derived biogeochemical model of growth, and a species distribution model of regeneration to forecast how changes in climate, declining snowpack, and competition with a conifer species is likely to affect aspen occupancy over the next 85-years. We found that simulated reductions in snowpack depth (and associated increases in climatic water deficit) caused a reduction in aspen persistence; aspen occupancy was reduced under all high emissions climate scenarios. Douglas-fir (Pseudotsuga menziesii) occupancy also declined under all future climates. Aspen regeneration declined over the course of all simulations, with an ensemble ratio of mortality/establishment increasing over the course of both low and high emissions climate scenarios. Climate-induced mortality of aspen clones increased in frequency under all climate scenarios and, under the most severe emissions scenarios, contributed to a substantial decline of aspen cover. Our research suggests that snowbanks will become an important determinant of long-term persistence of aspen under changing climate in the region.