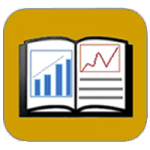 The Northeastern California Plateaus Bioregion Science Synthesis reviews literature relevant to the ecology and management of the Great Basin ecosystems and dry pine forests of the Lassen and Modoc National Forests. Critical factors on these national forests are reduced water availability—expected to become more challenging as levels and patterns of precipitation and temperature change under climate variability—coupled with a high proportion of rangeland and open woodland whose vegetation community is influenced by grazing of livestock and wild animal populations. Conifer encroachment of rangelands and the densification of woodlands, a result of fire suppression, impact wildlife communities that rely on open woodlands and other habitats characterized by having overstories of low density. Sagebrush habitat, in particular, is threatened by fragmentation and conversion. Socioeconomic changes in the region include a transition in the economic base from extraction to that of consumption of amenity values, and the resulting fragmentation of landownership. The local human population is expected to continue its trend of decline, but increased pressure by recreationists from nearby expanding urban areas is forcing land managers to consider increasingly complex situations or actions integrating social, ecological, and economic factors. Indigenous peoples are assuming a greater role in the management of their lands. Finally, disturbance patterns, such as nonhistorical fire frequency and intensity levels, novel combinations of climate patterns, and the pervasive pressure of nonnative invasive species could result in future ecosystems different than those today, presenting additional managerial challenges. This synthesis is intended to serve as a science-based foundation that supports management of Northeastern California forests, woodlands, and rangelands.