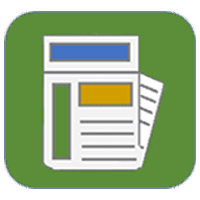 Two of the principal functional groups of the understory vegetation (grasses and forbs) respond positively to tree removal by any means, with grasses—both annual and perennial—showing the greatest increases to both burning and cutting over the ten-year time period. This was an expected result, because it was assumed that understory species were significantly suppressed prior to treatment by pinyon and juniper trees on the landscape as a result of competition for resources, principally water (but possibly also light). If the hypothesis of competition for water were true, then we would expect to also see an increase in water resources in the soil after trees were removed, mirroring the response in the understory vegetation.

Prescribed fire and mow treatments maintained fire behavior below this threshold for extreme fire behavior, and in early years even kept it within the 4 ft control mark. Control and tebuthiuron treatments can be expected to have fire behavior that is more difficult to control.

In this issue:
Bird Communities in Transition after Treatments
Using Predictive Tools to Improve Seeding Success

Getting fire science research to boots-on-the-ground

Wildland Fire Lessons Learned Center’s Two More Chains Summer Issue featured Ted Adams, Assistant Supervisor on the Hells Canyon Wildland Fire Module, Payette National Forest. The article focused on whether or not fire science research is being applied to decision-making on the fire line. The following quote from Ted was highlighted in the article’s opening: “We have all of this research that’s available to us and yet you could argue that a majority of individuals on the fire line are not reading peer-reviewed research and applying it to their decision-making, into their mental models.” After reading the article, Coleen Haskell contacted us. She asked if she could continue the conversation that we started with Ted.

Fire Adapted Communities Network published 100 blogs in 2017, each one offering a combination of insight, resources, stories and sometimes even humor. Our authors flooded your inboxes with so much wisdom that your biggest challenge may very well have been making time to read it all. In case you’ve missed a blog, or a few (dozen), here are 17 community wildfire resilience takeaways from the last year.

Using unconventional means—and with partial funding by the Joint Fire Science Program—creative individuals have spawned some colorful and heartfelt messages that convey insightful information about wildland fire, climate, and other elements of nature to an increasingly receptive public. Recent narrative works by well-known authors, such as Stephen J. Pyne, and creative art pieces by well-established and emerging artists have helped depict fire in a new light to audiences that scientists may rarely reach. This issue of Fire Science Digest describes recent books funded by the Joint Fire Science Program and other sources that focus on fire’s ecological role in various regions of the U.S. and on associated fire management issues and events.

This brief summarizes data and studies to determine whether the results of JFSP-funded projects are reaching potential users and informing management decisions and actions. Those studies have helped identify issues and influence changes within the program. While some studies showed that JFSP-funded research is being used for planning and for supporting treatment prescriptions, they also identified barriers that prevent greater use of fire science information by the broader fire management community. These outcomes studies are an important tool to help the JFSP address those barriers and continue to make program improvements.

Secretarial Order 3336 – Science priorities: the role of science past, present, and future