Assessment of the need for native seeds and their supply

Across the United States, millions of acres of land have been so disturbed by human activities or severe climate events that significant portions of their native plant communities have been lost and their ecosystems have been seriously compromised. Restoring impaired ecosystems requires a supply of diverse native plant seeds that are well suited to the climates, soils, and other living species of the system. Native seeds are also in demand for applications in urban land management, roadside maintenance, conservation agriculture, and other restorative activities that take into account the connection between native plant communities and the increasingly urgent need for resilient landscapes. Given the varied climatic and environmental niches of the more than 17,000 native plant species of the United States, supplying the desired seed types and species mixes for this wide range of activities is a challenge.

This progress report highlights some of the many contributions and impacts of the JFSP over the past 2 years including:

Forest and rangeland soils of the US under changing conditions: A comprehensive science synthesis

This open access book synthesizes leading-edge science and management information about forest and rangeland soils of the United States. It offers ways to better understand changing conditions and their impacts on soils, and explores directions that positively affect the future of forest and rangeland soil health. This book outlines soil processes and identifies the research needed to manage forest and rangeland soils in the United States. Chapters give an overview of the state of forest and rangeland soils research in the Nation, including multi-decadal programs (chapter 1), then summarizes various human-caused and natural impacts and their effects on soil carbon, hydrology, biogeochemistry, and biological diversity (chapters 2-5). Other chapters look at the effects of changing conditions on forest soils in wetland and urban settings (chapters 6-7). Impacts include: climate change, severe wildfires, invasive species, pests and diseases, pollution, and land use change. Chapter 8 considers approaches to maintaining or regaining forest and rangeland soil health in the face of these varied impacts. Mapping, monitoring, and data sharing are discussed in chapter 9 as ways to leverage scientific and human resources to address soil health at scales from the landscape to the individual parcel (monitoring networks, data sharing Web sites, and educational soils-centered programs are tabulated in appendix B). Chapter 10 highlights opportunities for deepening our understanding of soils and for sustaining long-term ecosystem health and appendix C summarizes research needs. Nine regional summaries (appendix A) offer a more detailed look at forest and rangeland soils in the United States and its Affiliates. 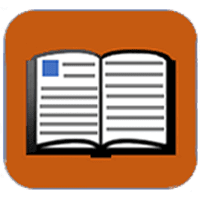 The Interpreting Indicators of Rangeland Health (IIRH) protocol is designed for assessing ecosystem function on rangelands and woodlands. The protocol was developed by an interagency cadre of technical experts and has been in use by for two decades. The protocol is well accepted and is a valuable tool for communicating rangeland conditions with stakeholders. Technical Reference 1734-6 Version 4, which describes the IIRH protocol, was published in 2005.

Refinements and improvements identified through 12 years of experience with class participants and field office personnel applying the protocol as outlined in Version 4 are incorporated into Version 5 of the technical reference. Indicators and attributes used in previous versions of the technical reference are largely the same, and following instructions in Version 5 is not expected to result in differing attribute ratings as compared to assessments completed using Version 4 of TR 1734-6 assuming that the same reference information is used.

Effects of fire and restoration on habitats and populations of western hummingbirds: A literature review

To inform future restoration efforts, we reviewed the known effects of fire and habitat management and restoration on hummingbirds in four key habitat types in North America. We examined seven species that most commonly occur west of the Rocky Mountains: Rufous (Selasphorus rufus), Calliope (S. calliope), Broad-tailed (S. platycercus), Costa’s (Calypte costae), Black-chinned (Archilochus alexandri), Anna’s
(Calypte anna), and Allen’s (S. sasin). Our review found that most western hummingbird species respond positively to wild or prescribed fire in forested and chaparral habitats of the western United States, although some hummingbird occurrence declines following fire, possibly due to the loss of preferred nesting habitat in mature forests. Restoration practices that eradicate exotic plants, encourage the regeneration of native shrubs
and flowering plants (especially understory vegetation), and promote early and midsuccessional habitats connected with native stand trees will benefit hummingbirds by providing foraging habitat in migration and on breeding grounds. Restoration practices that encourage the regeneration of native shrubs, understory vegetation, and native epiphytes, while maintaining forest canopy, can also benefit hummingbirds. We also identify many critical
research questions and needs which, if addressed, would improve the quantification of pre- and postfire and habitat management impacts on hummingbirds, especially Allen’s and Rufous populations, which are experiencing steep population declines.

Western US sagebrush ecosystems are threatened due to multiple interacting factors: encroachment by conifer woodlands, exotic annual grass invasion, severe wildfire, climate change, and anthropogenic development. Restoration of these communities is primarily focused on reducing conifer species such as western juniper, with the goal of increasing native herbaceous perennials and sagebrush and decreasing exotic annual grass invasion. Assessing the long-term success of restoration treatments is critical for informing future management and treatment strategies since short-term patterns do not generally predict long-term trends. Using a designed experiment from a Wyoming big sagebrush community that was established in 2008, we examined the long-term vegetation response to juniper removal and seeding (cultivar and local) in disturbed and undisturbed areas (slash pile, skid trails, no disturbance). We also examined the landscape scale plant response to juniper removal using repeatedly measured randomly located transects across two restoration units. We found that seeded species persisted in the long term and also mitigated exotic grass increases.

Forests and water yield: A synthesis of disturbance effects on streamflow and snowpack in western coniferous forests

Restoration applications of resource objective wildfires in western US forests: A status of knowledge review

Frequent-fire forests of the western United States have undergone remarkable changes in structure, composition, and function due to historical exclusion of naturally occurring fire. Mechanized tree thinning to reduce forest density and fuel loads tends to be expensive and cannot be effectively implemented across all lands, and there is increasing interest in managing naturally ignited wildfires for meeting forest restoration objectives. To investigate general effectiveness of resource objective (RO) wildfires for restoring frequent-fire and associated forests of the western United States, a review of the related peer-reviewed literature was conducted.

Exotic grasses are a widespread set of invasive species that are notable for their ability to significantly alter key aspects of ecosystem function. Understanding the role and importance of these invaders in forested landscapes has been limited but is now rising, as grasses from Eurasia and Africa continue to spread through ecosystems of the Americas, Australia, and many Pacific islands, where they threaten biodiversity and alter various aspects of the fire regime. The ecological, social and economic impacts of the grass-fire cycle associated with species such as cheatgrass (Bromus tectorum) have been long recognized in aridlands such as the iconic sagebrush ecosystems of the western US. However, the damaging impacts of invasive grasses in forestlands have received considerably less attention. We review literature, conceptual models, model output, and empirical evidence that indicate grass invasion in forest ecosystems may be an important yet largely under-recognized phenomenon. In combination with climate change, wildfire, and overstory management, invasive grasses could create a “perfect storm” that threatens forest resilience. Invasive grasses can be successful in forested environments or develop strongholds within forested mosaics and could provide the literal seeds for rapid change and vegetation type conversion catalyzed by wildfire or changes in climate. Although invasive grass populations may now be on the edge of forests or consist of relatively rare populations with limited spatial extent, these species may disrupt stabilizing feedbacks and disturbance regimes if a grass-fire cycle takes hold, forcing large portions of forests into alternative nonforested states. In addition, forest management actions such as thinning, prescribed fire, and fuel reduction may actually exacerbate invasive grass populations and increase the potential for further invasion, as well as broader landscape level changes through increased fire spread and frequency. Lack of understanding regarding the ecological consequences and importance of managing invasive grasses as a fuel may lead to unintended consequences and outcomes as we enter an age of novel and rapid ecological changes. This paper focuses on the contributory factors, mechanisms, and interactions that may set the stage for unexpected forest change and loss, in an effort to raise awareness about the potential damaging impact of grass invasion in forested ecosystems.

Effects of fire on grassland soils and water: A review

Grasslands occur on all of the continents. They collectively constitute the largest ecosystem in the world, making up 40.5% of the terrestrial land area, excluding Greenland and Antarctica. Grasslands are not entirely natural because they have formed and developed under natural and anthropogenic pressures. Their importance now is to the variety of ecosystem services that they provide: livestock grazing areas, water catchments, biodiversity reserves, tourism sites, recreation areas, religious sites, wild food sources, and natural medicine sources. An important function of grasslands is their sequestration and storage of carbon (C). Mollisol soils of grasslands have deep organic matter horizons that make this vegetation type almost as important as forests for C fixation and storage. Fire has been and continues to be an important disturbance in grassland evolution and management. Natural wildfires have been a component of grasslands for over 300 million years and were important in creating and maintaining most of these ecosystems. Humans ignited fires over many millennia to improve habitat for animals and livestock. Prescribed fire practiced by humans is a component of modern grassland management. The incidence of wildfires in grasslands continues to grow as an issue as droughts persist in semi-arid regions. Knowledge of fire effects on grasslands has risen in importance to land managers because fire, as a disturbance process, is an integral part of the concept of ecosystem management and restoration ecology. Fire is an intrusive disturbance in both managed and wildland forests and grasslands. It initiates changes in ecosystems that affect the composition, structure, and patterns of vegetation on the landscape. It also affects the soil and water resources of ecosystems that are critical to overall ecosystem functions and processes.